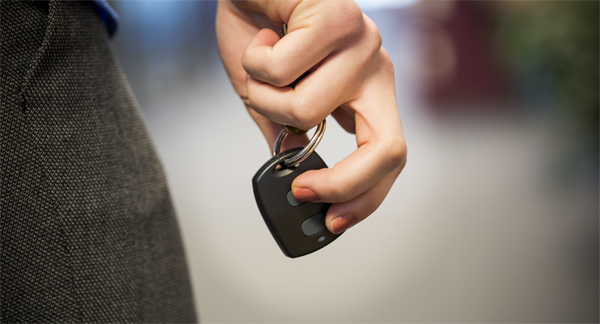 Now you can offer a new and convenient way for your customers to have wireless panic features. DMP announces the availability of the all new 1144-D Dual Button Panic Key Fob. The 1144 is the second generation design of the small key fob used as a panic button that virtually eliminates the possibility of a false alarm by requiring independent buttons to be depressed for two seconds to initiate an alarm. The just-released 1144-D Key Fob Transmitter includes many of the features of the 1145 series key fobs but with an improved case design.

"The 1144-D is a nicely enhanced second generation product, with up to 30% more battery, but still in a small package,” said Executive Director of Marketing, Mark Hillenburg. “The two button operation is a nice solution for any duress or panic application.”

The 1144-D employs a Sony™ CR2430 battery that is 30% larger than the battery used by the very popular 1145-1 single button first generation model.

All 1144 Series Key Fob transmitters are portable, water resistant, and designed to be clipped to a keychain or lanyard. The LED visual display acknowledges when a button is pressed, providing confirmation that the message was received by the system. Each fob comes programmed with standard button functions that can be reprogrammed to perform other desired functions.