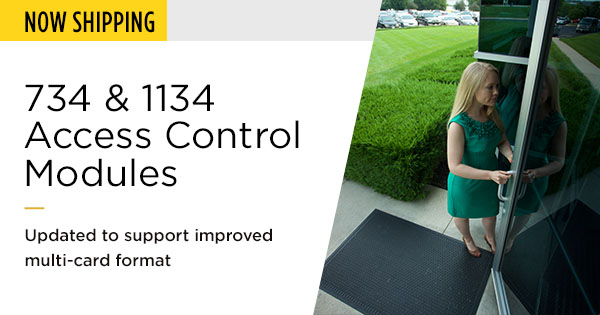 Giving You the Flexibility to Use All Eight Custom Card Formats

We’re pleased to announce that all DMP access control modules have been updated to support improved multi-card format and are now shipping. This feature, released in August with Version 192 for XR panels, gives you the flexibility to use all eight card formats for greater compatibility for when your customers are using existing cards or credentials.

Now, you can easily use the format your customers have already deployed to their employees without replacing existing cards. If a card is presented and there’s a matching programmed card format, the card is processed in that programmed format. If there isn’t a matching card format, it’s processed in the format programmed in for the first format slot of the eight available. To restrict card reads to specific formats, only program slots two through eight and leave slot one blank.

Once the card formats are programmed in the panel, the programming is sent down to all the 734s in that system at once.

To see multiple card format options in the panel, you must update your XR150/XR550 panel to Version 192 firmware.

If you have any questions, please contact DMP Inside Sales at 877-757-4367 or at InsideSales@dmp.com.